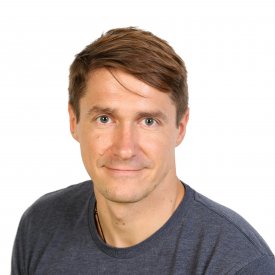 Theodore Alexandrov received a PhD in mathematics and computer science in 2007 and since 2014 is a team leader at the European Molecular Biology Laboratory (EMBL) in Heidelberg, Germany, the head of the EMBL Metabolomics Core Facility and an Assistant Adjunct Professor at the Skaggs School of Pharmacy, University of California San Diego, USA. The Alexandrov team at EMBL aims to reveal the secrets of metabolism in time and space in tissues and single cells by developing experimental and computational methods. The team unites interdisciplinary scientists from biology, chemistry, and computer science as well as software engineers and data analysts. The methods developed by the team were integrated into various open-source and industrial software packages. The open-source and free cloud software METASPACE for metabolite ID in imaging mass spectrometry is used by hundreds of scientists from over the globe. Theodore Alexandrov is a grantee of an ERC Consolidator project focused on studying metabolism in single cells, as well as of various other European, national, NIH, and industrially-funded projects. He has co-founded and scientifically directed the company SCiLS and has over 80 journal publications and patents in the field of spatial -omics.